This time the classic DOS arcade shooter Tyrian or in this case OpenTyrian. 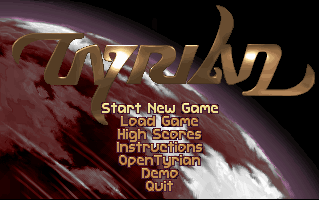 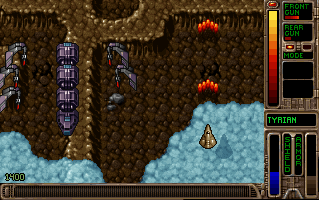 The GP32 version mode runs fullspeed at 133Mhz but with out music.

Originally intended as an entry for the GP32 revival competition which never happened, this was something I always wanted to port across to the GP32. It's turned out rather nicely too - much better than I anticipated. There are separate FLU/BLU and BLU+ versions included in the binary package

I also have a Dingoo A320 port too. I know there already is an A320 version but I did my own version of it - which is faster and has a nice full screen display. This will be available shortly.